Unlike traditional models of underwriting, which focus on only a handful of credit attributes, we analyze thousands of data points from credit bureau sources to accurately model credit risk for any consumer. By applying advances in machine learning, we can radically outperform traditional scorecards in both consumer and small business lending.

By building models on more than simple default and focusing on such outcomes as profitability and customer lifetime value, we allow you to fully leverage artificial intelligence to increase your lending performance.

Because we are using biologically and statistically based machine learning techniques applied to your portfolio, we model the expertise of your underwriters and the past performance of your loans to return an automated decision in milliseconds.

Your organization can leverage the latest advances in credit analytics without capital investment or build time.

We began working in May of 2015 with a major online installment lender whose first payment default rate (FPD) was 32.8%, and overall defaults were in excess of 60%. By implementing our algorithm as their sole underwriting methodology, we reduced their FPD rate month over month.

More importantly, we saw a default rate of only 8.5% for the first three payments. In a sector where FPD rates average 35%, this is a remarkable performance.

We were approached by a major auto lender in the UK faced with an interesting problem. They had an extremely low charge-off rate, but the underwriting process stretched across 2-3 days. We reversed engineered their human underwriting process and were able to achieve the same decision as their human underwriters, but do it in 2-3 milliseconds. Our current prediction accuracy for them is greater than 98%. This enabled them to become the fastest-growing lender in Europe and the UK.

Nonlinear algorithmic modeling allows us to effectively determine lending risk in countries with very limited or non-existent credit bureau utilization. We have worked extensively throughout Latin America and Asia.

We developed a unique mobile lending technology for use in the Philippines cash-based economy that could efficiently disburse loans in cash across a nation of 7,640 islands.

We have found that incorporating customer banking data into consumer and small business credit underwriting dramatically increases the efficacy of the underwriting and providing these institutions with a significant competitive edge.

We have determined that the more specifically targeted a model is to a market, the better the model accuracy. Therefore, to facilitate new startups without historical data, we have created a series of generalized industry models to serve as starting points. These models allow new ventures to enter into specific financing markets. We then iterate the models using our self-learning process to diverge and improve this model as results come in.

We are leveraging AI and nonlinear modeling to perform automated Fair Lending compliance reviews for a major bank.

The world's most advanced underwriting platform 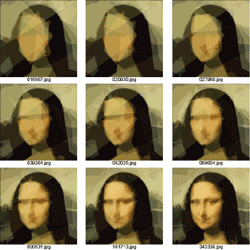 Genetic Algorithm to determine the best modeling techniques for your specific data, industry, and risk perspective. 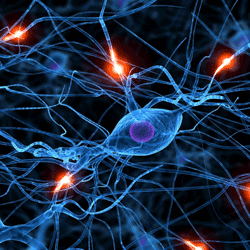 Machine Learning Ensembles to create a set of statistical models that can be applied to applications. We'll do all the math. 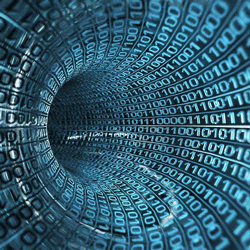 Big Data - Our cloud based system can easily process terabytes of portfolio data and return a decision in real-time. 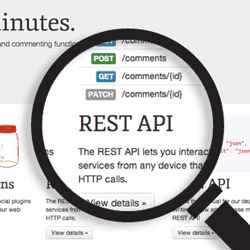 REST API - Your IT team can implement our technology is a few hours. Nothing to install and no capital expense.

We use a highly complex process of advanced techniques to deliver an incredibly simple service to lenders. You simply post a small set of inputs via our REST API and get back a decision (approve/decline) as well as a credit tier or interest rate (your choice). It takes a slew of genetic algorithms, neural networks, random forests, gradient boosting machines and a whole bunch of processing power to make it this easy, but we'll handle all that.

Our models are fully explainable; we do not produce black-box models. Even in markets where explainability is not required by law, we believe that it is the ethical responsibility of lenders to inform an applicant of the reasoning behind a decline to give them an opportunity for corrective behavioral changes.

Our mission is to leverage AI to expand credit access to people around the world who lack access to credit and to provide for lending at the most reasonable rates that can be profitably maintained in a given market. We don't offer models to lenders that we believe act in an unethical or less than transparent manner. We believe that if we hold ourselves to the highest ethical standards, regulatory compliance becomes simple. We provide free models to non-profit lenders serving underserved communities. If you are such a lender, please get in touch with us.
We also believe that business ethics applies to fundamental business models, as well. We do not charge clients for data studies or to generate initial models. We only charge (on a transactional basis) for the decisions run through our API. Before we take any money from a client, we make sure that the client knows how much lift our model will provide and that using Underwrite.ai will increase profits beyond our costs. Business is not a zero-sum game. Technical Details

We operate utilizing REST APIs which are wholly contained in the lending jurisdiction. Each implementation consists of a series of layers. Each layer is a cluster of server instances. Each cluster is autoscaled based upon operational latency. A typical implementation consists of an API cluster of at least two servers which process incoming requests from lenders. Non-personally-identifiable data from the request is routed to the database layer consisting of a MongoDB cluster. The machine learning algorithm runs in an ML layer, also consisting of a cluster. Each cluster's configuration is scaled to the volume of throughput and optimized to return a decision in the shortest possible time. Our current generation ML layer returns ML decisions, with explanations, in 500,000 nanoseconds (one half of one millisecond).

Our models are all ensemble-based. We have found that variations of Gradient Boosting Machines are the most accurate and performant approaches to credit data. A typical model building process introduces in the range of 3,500 attributes into the process. We isolate all attributes with any predictive value in the training set. This will typically be a reasonably large subset of the attributes, generally over 1,000. We then begin the process of feature selection, which consists of randomly combining these attributes into combinatorial elements and testing each combination for predictive accuracy. In our South Korean model, we eliminated attributes that required additional consumer consent and had a high cost. This gave us 765 remaining attributes. From these attributes, we constructed 13,478 combinatorial features. These were combined into 48 models which ran against each other. The most performant of these models were then combined into an ensemble to comprise the production model. However, we don't view any model as finalized in a static sense. All models are dynamic and are continuously retrained as new performance data becomes available. This protects lenders against macroeconomic changes which render a model suboptimal. We believe that models must continually evolve, much like biological entities, to maintain maximal fitness of purpose.

The work that we are doing at Underwrite.ai evolved from genomic research by the founder and current CEO into the use of nonlinear machine learning models for predicting cancer probability from RNA microarrays. A key finding was that nonlinear problems are best solved by nonlinear methods (this seems commonsensible but isn't widely understood). It then stood to reason that, what worked on the nonlinear problem of cancer genetics, might work on the nonlinear problem of subprime and thin-file credit risk. The hypothesis was proven both correct and reproducible, and we've been applying and refining the approach for the past five years. We found that this approach to credit risk allowed us to effectively model credit risk which has never been modeled before, such as accurately assessing the risk of lending to unbanked populations in rural Mexico or the less developed provinces of the Philippines. It allowed us to discover that predictive attributes in rural Mexico include the window count in the family home, the material used in windows, plumbing, and the count of light bulbs. It's a far cry from looking at FICO scores, but then, most of the world's population doesn't have a FICO™ score.

Just get in touch with us at info@underwrite.ai.

We'll have you send us an anonymized set of your portfolio data for training and another set for testing. We'll run your data through our platform and send you the decisions on the test data. You can compare our decisions with the ones you generated in house.